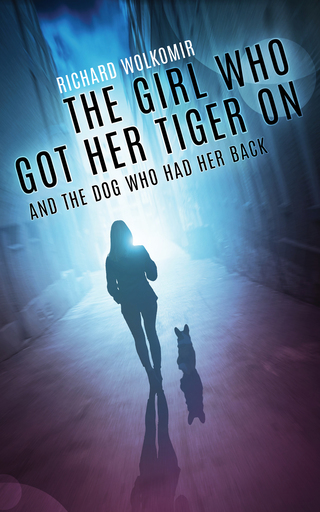 My new novel, just published, is The Girl Who Got Her Tiger On (And the Dog Who Had Her Back)—it's a small departure for me, because it's a young-adult thriller.

It's not much of a departure since I'm unsure there's much difference between a young-adult novel and an adult novel, except the YA protagonists are youths.

In this story, the heroine is a 17-year-old telling about what happened when she was only 12, just after her father's helicopter blew up in Afghanistan, and her mother became deeply depressed. She felt she had "bad weather" in her head. Amidst all that, new neighbors move in, creepy people, she thinks, and she starts watching them—trying to do the right thing, she gets deep into danger.

There's a new boy across the street, who wants to be her friend, but she avoids her classmates. With all her troubles, they seem shallow to her.

Virtually all my novels have a corgi character, and this one does, too. He's the heroine's best friend, William, a Pembroke Welsh corgi, who "helps" with her surveillance of what she calls "The House of Evil."

Novels are about characters—usually humans—going through difficulties. Maybe they're destroyed. Maybe they're changed. But, on that basic level, I don't think the protagonists' ages matter much.