Where Cows Once Trod 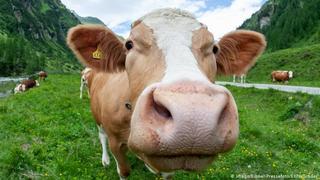 They had us at "Robots."

We'd never heard of this company, in Royalton, Vermont. But they'd set an open house, to show off their robot workforce. So we drove down I-89, to see kissing cousins of R2-D2 and C-3PO.

Richard's latest novel, Caliban Rising, a thriller, has a plot driven by artificial intelligence, controlling squads of robots. It reflects the  unease many of us feel, as the technology shaping our society evolves at high velocity—we stand on shifting ground.

There's an old joke: "Vermont has more cows than people." In fact, decades ago, it did. When we settled here, Holsteins and Jerseys dotted the hillside pastures. Now, what farms remain are likely to raise organic kale or make gourmet cheese from goats' milk.

Vermont is still America's most rural state, but we aren't what we used to be.

Here's what we expected at GW Plastics: a  pipsqueak operation in a converted dairy barn. What we found was a sprawling factory complex in—yes—what once were cow pastures, with branches in San Antonio, Tucson, China, Mexico, and Ireland. They mold plastics into hyper-precise components for surgical instruments, hospital equipment, automotive parts….

We saw a menagerie of robots. But what really mesmerized us were the giant arms, housed in Plexiglas cubicles, each like an octopus's writhing tentacle. Under the sea, each octopus tentacle contains its own brain, and so it seemed with these steel tentacles.

A robot arm stretches far back to fetch a component, then whips around, like a striking cobra, to connect that part to another component, pluck up what it assembled, twist sideways, snap it precisely into a slot, and….

Every move exact, at lightspeed. Working all day and night, never tiring.

Human workers can't match that productivity. And the jobs these robots do would give humans repetitive strain injuries, and numb their brains. Even so, with all its robots, GW Plastics still needs humans to design and program, and to assist the robots. They actively recruit workers. So do other businesses. All over we see "Now Hiring" signs.

Tomorrow, though? Will your next attorney or physician be an artificial-intelligence algorithm?

Will the joke then be—"Vermont (replace with your favorite state) has more robots than people!"